The recurve, as used in the Olympics, is the most popular type of bow in the UK and the type that beginners use to learn how to shoot. They are made up of three main parts: the “riser” (handle) and two “limbs” which slot or screw into the riser. The riser can be made of wood or metal and the limbs can be wood, fiberglass, carbon fiber, or ceramic — all offering different types of shot. 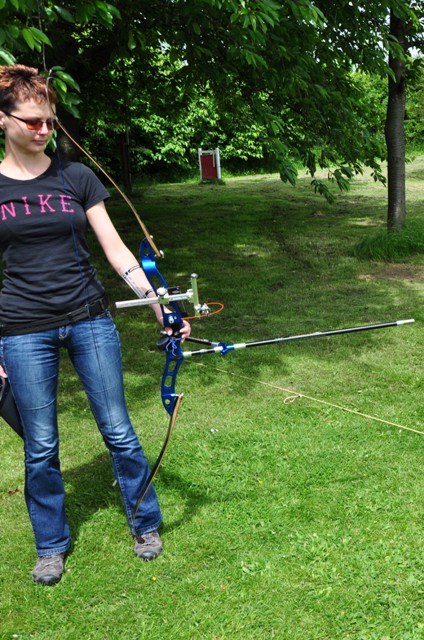 Normally, a “sight” will be attached to the riser to help with aiming, and a “long rod” and “v-bars” may also be fitted to stabilise the bow (see the Equipment page for all the gory details).

A recurve without a sight and stabilsiers is known as a “barebow”, shown here 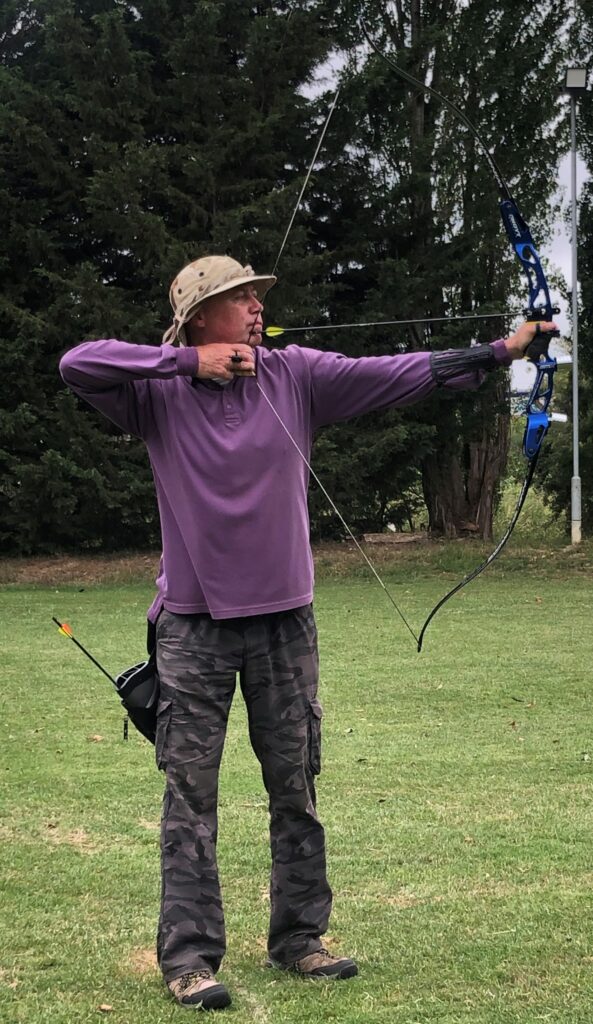 Invented in the United States in 1967, the compound is the most technically advanced form of bow. Compound bows have much stiffer limbs than recurves with a levering system of cables and pulleys is necessary in order to make them bend. They are typically more powerful and accurate than recurves and, when fully drawn back, require less strength to hold than a recurve with a similar draw weight. Compound archers are also allowed to use some extra bits, like “magnifying sights”, “peep sights”, and “release aids”. 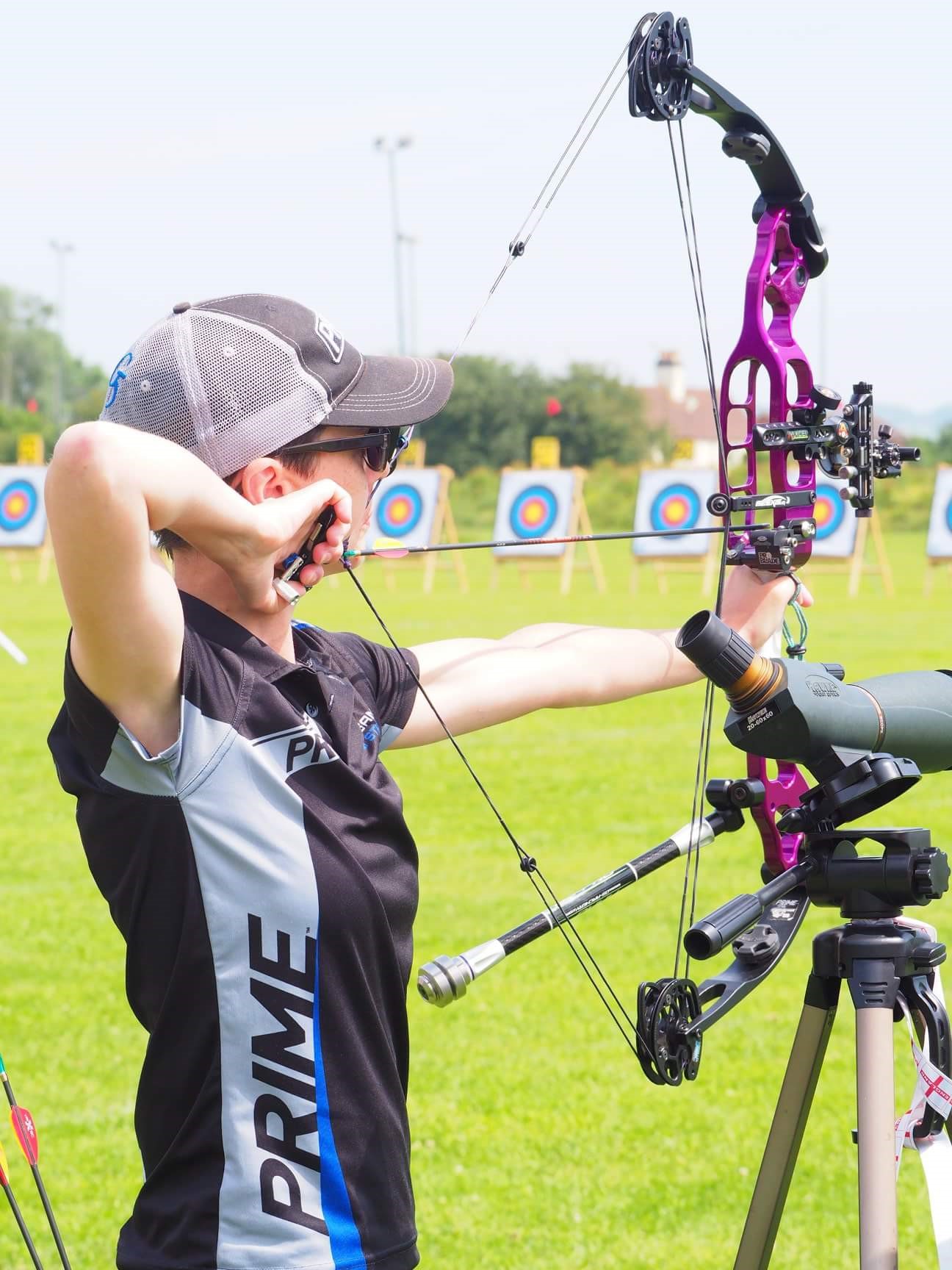 Recurve archers will tell you that compound archers have gone to ‘the Dark Side’.

Used for hunting and as a weapon of war in the middle ages, longbow archery became popular as a sport in Victorian times. Longbows are roughly the same height as the archer and can be made of a single piece of wood (called a self bow) or, more commonly, several different types of wood glued together. Being traditional bows, they do not have sights, arrow rests or any other magical bits and pieces used with recurves and compounds. 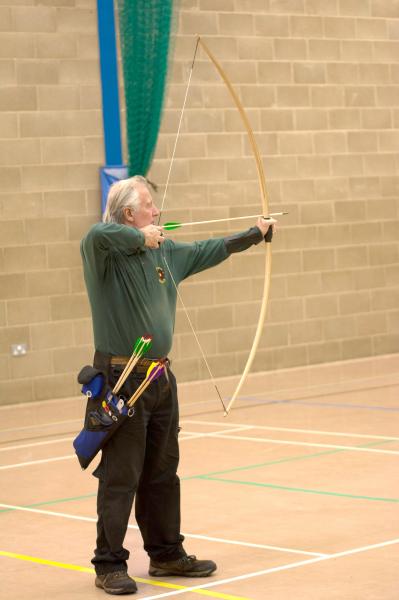 The longbow is often referred to, especially by recurve and compound archers, as the “stick” or “broom”.

A flatbow is a bow with non-recurved, flat, relatively wide limbs that are rectangular in cross-section. Because the limbs are relatively wide flatbows will usually narrow and become deeper at the handle, with a rounded, non-bending, handle for easier grip. This design differs from that of a longbow, which has rounded limbs that are circular or D shaped in cross-section, and is usually widest at the handle. Flatbows are usually wooden selfbows (bows made of one solid piece of wood), though composite flatbows can and have been made in ancient and modern times. 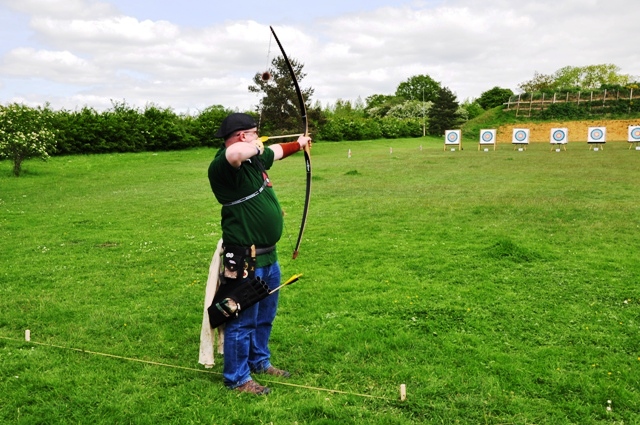 Flatbows were used by Native American and prehistoric ancient Europeans, some inuit tribes, Finno-Ugric nations and a number of other pre-gunpower societies for hunting and warfare because they are easily crafted, and, unlike longbows, excellent flatbows can be made from nearly any type of wood.

Generally made smaller and lighter as its primary use was for hunting or making war from horseback.  First developed during the Iron Age the horse bow has been used by many different nations for centuries such as North American Indians, Mongols, Huns, Koreans, Japanese, Scythians, Parthian, Turks and many more. 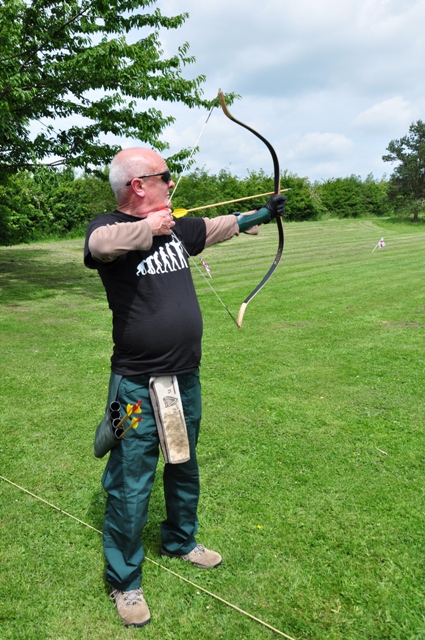 It is not clear exactly where and when the crossbow originated, but there is undoubted evidence that it was used for military purposes from the second half of the 4th century BC onwards. The use of crossbows in Medieval warfare dates back to Roman times and is again evident from the Battle of Hastings (1066) AD.

They almost completely superseded hand bows in many European armies in the twelfth century for a number of reasons. Although a Longbow had greater range, and could achieve comparable accuracy and faster shooting rate than wooden or composite crossbow, crossbows could release more kinetic energy and be used effectively after a week of training, while a comparable single-shot skill with a longbow could take years of practice.

Crossbows are specifically legislated for in the UK under the Crossbows Act 1987 . In addition Archery GB Rules 104 and 210 place specific restrictions. Potential crossbow archers must therefore refer to both before possession/use or considering a purchase.